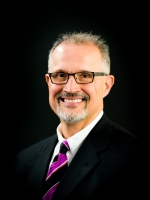 As of January 1, 2022, Scot started the Loyd Group, LLC to carry on his service to governmental clients in Kansas.  Prior to this startup of the Loyd Group, LLC, Scot was a partner with the firm Swindoll, Janzen, Hawk & Loyd, LLC of McPherson, Kansas since January 1, 1990.  Scot has a B.A. in Accounting  (1983) from Tabor College, Hillsboro, Kansas.  His professional responsibilities have included and/or currently include:

Scot has also co-authored with Michael A. Crawford all the CCH Governmental books and publications for 6 years.

As of January 2019, Scot was voted on the First National Bank of Sedan, KS Board of Directors by the FNB’s stockholders.  Scot’s dad Gene Loyd had served in some capacity in the FNB of Sedan, KS for 56 years.  Gene Loyd passed away on February 16, 2015 at the age of 78.  Scot’s brother Brad Loyd served in several capacities at FNB of Sedan, KS for over 33 years until his retirement in July of 2018. Scot’s family is currently the largest stockholder in the FNB of Sedan, KS.  So, Scot felt he needed to protect his family’s investment and use his bank auditing background to assist the bank.  Starting in May of 2020, Scot became the Chairman of the Board and as of April 5, 2021 became the President of the FNB.  As of November 4, 2021, Scot found a replacement for him in the President position at the FNB.

Scot is a native of Sedan, Kansas, very active in church, member of the Kansas Board of Directors for the Fellowship of Christian Athletes (FCA) & acting as Co-chair of the State FCA conference held at Camp Webster, Salina, KS twice a year, and has been an FCA huddle leader with his wife Jenny for the Canton/Galva high school for over 25 years. He still enjoys playing sports, landscaping and traveling…and of course his job(s)!  He has been married for almost 38 years to his wife Jenny.  They have one son, Ethan, and live in Galva, KS.